A downloadable game for Windows

The hero of the story is called Akecheta, who is a Lakota(Native American). The Akecheta tribe is attacked and its people are killed while he is hunting. The attackers also took Akecheta's wife with them. Akecheta embarks on a perilous journey to bring his wife back and avenge the murderers of his tribe.

If you like this game we have another game similar to this with low poly graphic and stealth and platformer gameplay, You can download it from here:

Unrar and run the executable file.

Awesome game, a bit short in my opinion, but awesome nonetheless. Interesting shooting mechanic. My only problem was with the camera being sometimes obstructed by the character.

I just found a pretty huge glitch. When being at the start, if you stand at the boat and face directly away from the river there is a tree aside the cliffs in the leftmost corner of the cliffs. If you jump between the tree and the cliffs and walk against the cliffs you will be able to get up the cliffs until you can stand properly. If you then walk towards the river (still on the cliffs) you can walk around the invisible barriers of the map, so that you can walk on the cliffs around the whole map, very interesting point of view from up there :)

Also when playing without a mouse on a mac without a mouse you cant aim and shoot at the same time since aiming requires a two finger click. Perhaps you can add a controls setting where you could switch your aim to "SHIFT" or something...

Good luck on developing the game!

But if I had to give constructive criticism it'd be about the story. The story is kinda too bland& too simple.

It'd also be good if it had mentioned how Native American religious rituals were banned by law in USA due to religious bigotry.

Also, for using rendered images for story, I think it's smart. Making animations for story would be really hard, but posing the models & taking renders/screens is easy. Instead of not having a story, you came up with a simple, but clever method that's not normally used in high budget games. Really cool!

Wow r u like a profishinal video game maker

where can I get winrar

hey hammergames do u make any other games

For seeing all games made by a dev you can click `View all by hammergames(dev name)` on the top right of the screen or you can just delete the game name in the URL to get the dev's URL page.

Honestly this was a pretty decent game! Controls were very smooth and it didn't require a tutorial! Writing was a little bland and felt like it was translated. Overall though, excellent project!

Thank you for feedback.

Use winerar in order to unzip .rar file

It is a rar file and need winrar.

Roses are red,
She is random ,
I just played this game,
and it was awesome (｡•̀ᴗ-)✧

Reply
Gazuku1 year ago
I loved it! Kinda regreting I read the controls after finishing the game and discovering I can roll 🤣
Reply
hammergames1 year ago

The art style in this game is absolutely breathtaking. Walking up to the burning camp was surreal. Beautiful color choices, and the landscape scales well - really makes the player feel like they are in the mountains of the Old West. The story is perfect of the "Zen" style gameplay - not too deep, but interesting. Whoever wrote the music should be making tracks for AAA titles; fit perfectly for the mood.

This game was definitely fun to play

If your problem not resolved you can play it online here:

Thank you, but I found that the problem is because I am using a windows PC. It is quite old and I am planning on getting a new one when I can.  Probably the issue is that I cannot run windows 10.

Thank you for the Gameflare link. I am enjoying the game very much. It is very well developed and probably took a lot of time to make.

Thank you for playing .

can u make this a apk game.

Thank you for your interest. Maybe in future I make an apk version of it but for now I have not experience and interest for develop on mobile.

Absolutely amazing game, with a great message at the end.

Hello, we played your games recently in 1scGames and we really liked them. would you be interested in publishing a game on our newly made launcher DigitaLl?

Alright could you contact me on my discord and I'll explain everything you need to know there I'll need few things too so my team can publish it on the launcher (It will take up to 24h for a game to be published on the launcher and updates are automatically published in a matter of seconds) My discord: Michał Koseda#4044

I don't use discord. If possible email me at : hammergames@mail.com

alright thanks, sent you an email

It was a lot of fun. Story, Sound, Style.

I absolutely loved this! I'm a big fan of low-poly style and the combination of that and the harsh story was really well done!!

In the end, I got a key bug and couldn't pick it up but other than that it is pretty awesome :)

Really great work guys!  Keep it up!  Though I'd love a mouse sensitivity option too...

Hi! I really enjoyed the game! The only thing I was missing was a mouse sensitivity scroll. Other than that: magnificent work!

Really cool. It looks aesthetically pleasing and it was fun. Everything was smooth and I didn't see any bugs in my playthrough. Keep it up!

An interesting game. The story is good. Loved the design and the music. We had a lot of fun testing it. 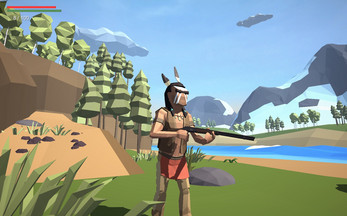 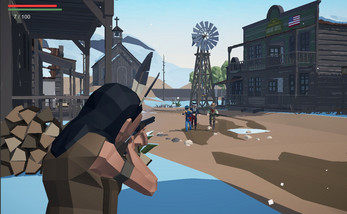 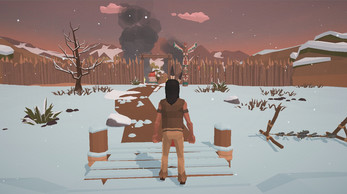 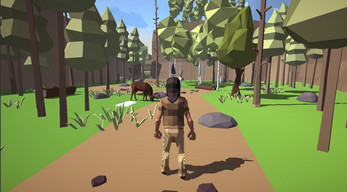 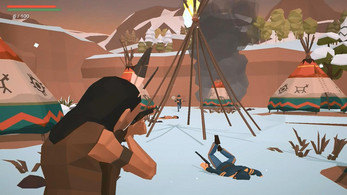 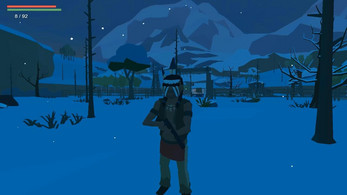